I remember taking my first sip of my Dad’s Coors when I was about 4 years old. I loved the flavor, the bubbles, and how ice cold it was. Refreshing! Yes, I’m a girl, and yes, I like beer! Now, I didn’t start my real love of beer until I was much older, and no, my parents did not feed me beer on a regular basis. In fact my Dad probably didn’t know I took that sip…or more realistically, a gulp. Today I drink it because I genuinely love the taste of a good beer and appreciate its craft.

Today I cringe at the outdated marketing that links men to beer, the fear of developing a “beer belly” and the negative perceptions about flavor that are thrown our way. These perceptions contribute to women not trying craft beer. However, the “beer makes you fat” concept can be true, but the same rings true with any other alcoholic beverage. Choose quality over quantity, eat well, and know your exercise routine helps keep you in line and enjoying the things you love. My mantra, “don’t deprive, live alive, live well, live happy!”

“Who is the craft beer lover and what makes them tick?”

Scarborough USA+ Release 2, which was fielded from June 2016 to November 2017, and covers more than 200,000 respondents, shows that craft beer drinkers are 68.9 percent male and 31.1 percent female. However, in some markets, the percentage of female craft beer drinkers exceeds that of males. In Portland, Oregon, the market is 52.7 percent female. The Providence, Massachusetts/New Bedford, Rhode Island area is 52.6 percent female. According to the Brewers Association, women consume 25 percent of all craft beer in country. And women spend 6.9 percent more per brewery visit.
Thank you Craft Brewing Business for this tidbit of fantastic information!

Did you know that in ancient civilizations, women brewed for their families and sold off the excess to others close by. Beer in Ancient Egypt was almost solely produced and sold by women, and it was a German nun who discovered that adding hops to beer would help give it a longer shelf life allowing for beer to be produced on a more industrial scale. When the U.S. was first colonized women were the primary brewers producing beer made from ingredients like corn, oats, wheat, and honey. Brewing didn’t become a male dominated industry until the Industrial Revolution, when the potential business opportunities were realized.

This site uses Akismet to reduce spam. Learn how your comment data is processed. 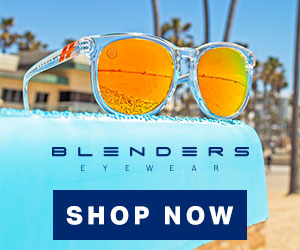